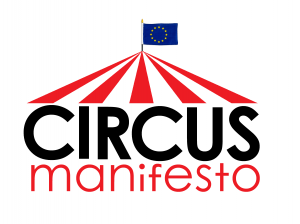 Circus art is so diverse it is impossible to define it with a single sentence.Circus has been with us since ancient times with centuries of well-documented history in the modern age as well. Beyond its obvious merits in entertainment, it has a significant intercultural, sociological, and also economic value. Circus is alifestyle, a unique division of performing arts that is able to address and entertain all generations at the same time. During the past two centuries circus has undergone previously unprecedented development as the industry became more and more complex and colorful. While traditional circuses remained present, a new wave of traveling circuses, new generation circus productions, nostalgia circuses, stunt circuses, street art performers, thematic acrobat-shows, and contemporary and progressive circuses have become increasingly popular. Today, community and youth circuses and free-time circus schools have also become an integral part of circus arts, ensuring a well-trained new-generation of artistes and consequently the further development of circus, while providing a vital toolbox for enhanced social cohesion, job-creation, solidarity, and intercultural cooperation.
As circus developed, both institutional and legislative systems have failed to adjust the environment to the new needs and requirements of the circus industry. At the same time, some representatives of circus arts have not adapted sufficiently to the demands of this new era. The present “Circus Manifesto” gathers the needs, suggestions, current challenges and future opportunities of all European circus stakeholders including circuses, ensembles, amateurs and professionals alike, circus schools and community circuses in one document. This paper is based on the ideas, comments, and speeches of this Manifesto’s supporters,and on the presentations from the conference organized in the European Parliament on 18. 10. 2016.

.
Our place in European culture – recognition and support

-Circus industry provides tens of thousands of people with jobs and millions with quality entertainment. Circus arts are unique in their ability to entertain all generations, an entire family at the same time.

-Circus is a form of art that is constantly pushing the physical limits of performers and promotes a sense of community while strengthening the rules upon which our everyday communities are founded. Circus is one of the most important, defining artistic forms in Europe thus it must be treated on an equal footing with theatre, opera, dance arts, or ballet.

-Circus arts are an integral part of European culture and economy, therefore they must receive commensurate recognition and attention.

– The last comprehensive EU study discussing circus arts was conducted more than thirteen years ago. It is now time for a new European Commission paper evaluating the current situation of this 250 years-old industry.

-Our aim is that circus arts receive recognition on the international level proportionate to the significance of their place in the global culture. Our aim is that universal circus arts become part of the UNESCO Intangible Cultural Heritagelist as soon as possible.

-We propose a “mapping” of the European circus industry that indicates, presents, and analyses how holistic values of modern circus arts manifest and what impact they have on communities. All EU member states must strive that all circuses with different styles face the same conditions everywhere – including the availability of financial resources.

-Further efforts are necessary in order to harmonize the legal environment in Europe to alleviate free movement and smooth cross-border operation of circuses. Similarly, rules applying to public- and workplace safety should be better harmonized. A method for the efficient standardization ofEU laws concerning traveling circuses must be elaborated.

– Cross-border mobility – one of the main characteristics of circus – commands us to view circus in a truly European perspective with a unified European legal environment. The question surrounding visa-applications of artistes from third countries remains to be unresolved. We are calling on decision-makers involved in the respective trialogue procedure to accelerate the adoption process of the case.

-Circus arts have developed immensely in the past 250 years, proving that renewal is always possible while keeping traditional values at the same time. However, every branch of circus arts is built on the foundations of traditional circus.

-Animal shows are legitimate and valuable parts of traditional circuses enriching our collective European culture. Circuses with real cultural value and their animal trainers will always respect their animals and consider them as partners.

-We support the establishment of a strict legal system in all countries focusing on animal welfare, animal husbandry and training in circuses. Within this legal framework, however, circuses and artistes must be free to choose whether they wish to work with or without animals.

-The unconditional acceptance or a general ban on animal shows are both inconceivable in the absence of a unified European legislative environment. This is why it is indispensable to differentiate between responsible circuses that respect the rules and legislations in force and those that ignore both written and unwritten rules.

– We support the initiative that puts forward the establishment of an independent body that would rate – recurrently as well – European circuses and ensembles in the framework of a special, jointly developed quality assurance system, the “Big Top Label”. This unique accreditation system, proposed by István Ujhelyi MEP, would guarantee a quality threshold of circuses taking into account a wide range of factors and conditions including the enforcement of safety and animal welfare regulations, the respect of workers’ rights, the level of professional education of employees and their further training opportunities, the promotion of traditional circus values, the ability of progressive renewal, or the willingness to take social responsibility. Thus the Big Top Label (the Michelin-star of circus arts) could act as quality guidance both for the circus community and authorities granting permissions for circuses as well.

-The experience of performing on a circus floor is no longer a privilege of onlyprofessionally trained artistes. Thanks to social and youth circuses, today everyone can be part of the magic. This is the magic of circus that is able to deliver crucial social messages in a unique manner.

-Currently there are more than 500 social (social = facilitating social integration) circuses in 70 countries, among them more than 200 in Europe. Cultural and educational support for these circuses must be increased with targeted development programs.

-We need tailor-made platforms in order to strengthen dialogue and exchange of views and experience between various branches of art forms. If necessary, EU institutions should act as moderators during the process.

-Circus pedagogy is an important part of physical and mental training of young people, improving even youth unemployment rates. Therefore it is absolutely necessary that circus schools and social circuses receive funding under a strategic development program that include state subsidies as well.

– We support initiatives that aim to achieve that social- and youth circus pedagogy becomes an officially recognized subject in higher education with quality curriculum. Similarly, we have to promote methodologies of circus-therapy: scientific research and statistics regarding this topic must be conducted.

-Cultural and creative industries (opera, theatre, dance-art, live music, circus, etc.) provides more than 1.2 million jobs in Europe alone. This means circus could play a crucial role in relaunching and reviving our European economy. Studies and statistics show that those who experience culture and cultural performances regularly work better and are happier in general.

-2018 will be officially the European Year of Cultural Heritage providing a platform for a wide range of cultural programs and initiatives, while the same year will mark the 250th anniversary of modern circus – connecting the two events is vital.

– We propose an active cooperation between organizing institutions of the European Year of Cultural Heritage and those preparing the 250th anniversary of modern circus arts in order to provide circus with the attention and recognition it deserves due to its distinguished place in European culture and its 250 years-long history.